The Storm is Upon Us

By Jean - April 06, 2022
The Storm is Upon Us: How QAnon Became a Movement, Cult, and Conspiracy Theory of Everything, by Mike Rothschild

Since I'm always interested in reading about conspiracy theories, and I've had a hard time wrapping my head around the Q movement, I snapped this one right up from the library.  I must say that it really just tickles me that the author's name is Rothschild (no relation, he specifies), since that name is so often caught up in conspiracy theories too.

Rothschild gives us a readable history of Q, which is pretty impressive given the chaotic material he had to work with.  He explains the boards it started on, the major names, related scams, and the unusual nature of the movement, which is charismatic but practically leaderless.  It also co-opts many older narratives into this new form and trades mostly in fear.  After the history, Rothschild meditates on possible ways to reach loved ones who have fallen down the Q rabbit hole and gives some limited advice, while acknowledging that pulling someone out is near-impossible unless they already want out.  (Best tips: get them outside, without their phones.  Be a safe person to talk with, don't mock or debunk, agree where you can and ask questions.)

I found out that back in 2017, the 4chan board was absolutely rife with random characters claiming inside knowledge about one thing or another, usually as a joke or a sort of theater.  Q may well have started as one of these before attracting more attention.  Rothschild does not spend much time speculating on the exact person who started it; he thinks it's most likely to have been a sort of group project, with the Watkins (Ron and Jim) soon taking over.  The one thing we can be really certain of is that Q was never at any time a high-ranking person with special clearance and the ear of the president.

It's always seemed to me that Q used a version of cold reading -- the technique that 'psychics' use to tell fortunes.  Q just threw out lots of ideas and kept with the ones that struck a chord of response.  Adherents easily forgot that all the predictions never came true.  Hillary Clinton has still not been arrested, much less the huge number of people Q accused of horrifying (and usually preposterous) crimes.  Danger to children got a big response, so that became a major part of the theory.  Believers would say something along the lines of that thousands of infants and children are killed every year, because the people who run our government (oh, and celebrities too) are mostly pedophilic Satan-worshipers who murder babies and drink their blood for the adenochrome high.  Donald Trump was at the head of a force to take these monsters down and arrest them all in "the storm," which would usher in a new era of liberty.

(The adenochrome was quite interesting; it's a sort of theoretical drug that researchers once thought might prove more powerful than LSD.  It isn't, and Rothschild says you can buy it powdered on Amazon (I do not have the patience to search through the endless herbal supplements to find it).  Hunter S. Thompson claimed that it should be fresh to work right -- a claim that he made up entirely -- and apparently if you take a lot, your 'high' will consist of an anxiety attack and a super-bad headache.)

So you can see that these claims are a new twist on the anti-Semitic 'blood libel' and the Satanic panic, with some apocalyptic stuff thrown in.  Q has also pulled from popular movies and books -- and song too; I remember seeing somebody say that "the revolution will not be televised," which was pretty surprising.  Q was never an exclusive, charismatic leader, and has now disappeared, so lots of other beliefs attach to the movement even if Q never said anything about them.

One thing Rothschild keeps saying, and that I have a problem with, is that Q should never have been allowed to get the foothold that it did, and that the social media platforms should have shut it down long before it got so popular.  He thinks that it would never have gotten so far if it hadn't been allowed to spread on Facebook, Twitter, Instagram, and others.  I must say, I balk at the notion of shutting down discourse because the speakers are wrong.  We're all wrong about lots of things, and we have the right to be wrong about stuff in public.  I can't figure out what criteria Rothschild would use to be able to do such a thing fairly, and I don't see how it could have worked, either.  He says himself that Q was constantly changing statements and hashtags, and when people couldn't be on Twitter they'd just move to Parler or something.  Trying to shut it down would be like trying to keep the Blob in a hamster cage. 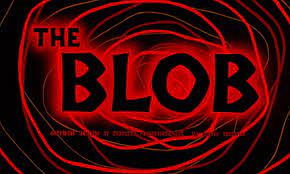 Other than that, though, it was a very interesting read and helped me understand more.  I recommend it, with the free-speech caveat.  Some quotations:

To fight in Q's war requires no military or intelligence training.  There's no endurance test, no kitchen duty, and no uniforms to wear.  All you have to do is have Internet access, read the Q drops, and participate.  That participatory element is what makes Q different from every other run-of-the-mill conspiracy theory out there.  Other conspiracy theories make you a passive observer -- you can only sit there and wait for the Catholics or Jews or Masons or Illuminati or New World Order or Muslim Brotherhood or Tyrannical Government or Jews to kick down your front door.

...Q makes it remarkably easy to do nothing while believing you're doing a lot....Q lets people feel like they're part of something bigger than their small lives.  It gives believers a higher and noble purpose.  It offers explanations for terrible things.  After all, it's easier to believe that a dark cabal is orchestrating negative events than it is to believe that powerful people, including our leaders, are simply greedy or incompetent.