Victorian Literature: The Heir of Redclyffe 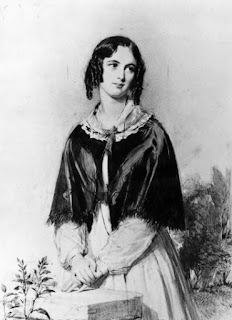 The Heir of Redclyffe, by Charlotte Yonge

Charlotte Yonge was a tremendously popular mid-Victorian novelist who wrote very moral and wholesome family stories. She's not well-known now, but her books are fun to read.

The Heir of Redclyffe is Yonge's first and most melodramatic work, and also one of her most popular. The story focuses on one family, especially the two older sisters, Laura and Amy. Laura is older--classically beautiful, angelically good, eminently sensible, and very influenced by her older cousin Philip (who is handsome, intelligent, influential, and pompous). Amy is only a little younger, but everyone considers her to be the cute, silly, snuggly one.

Their family welcomes a distant cousin, Sir Guy, into their home. He has just lost his guardian and is now without a family. All of his clan is infamous for their ungovernable tempers, and Guy lives in fear that he will turn out the same, though he is a very nice young man. Cousin Philip is convinced that Guy is hiding secret vice under his idealistic exterior...

The interactions between these four and the rest of the family is a long story, but I'll give you one hint--selflessness and the folly of pride are the main themes.
Victorian