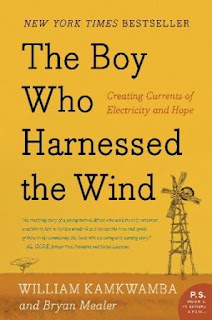 The Boy Who Harnessed the Wind, by William Kamkwamba and Brian Mealer
This is the Book in Common for Chico colleges this year. It's the story of William Kamkwamba, a Malawian boy living in poverty. After a famine that hit the whole country very hard, his family cannot afford to send him to school, so he tried to keep up with his classmates by studying books from the tiny library stocked with donated books. Books on science and physics especially interested William, who had always been a tinkerer. When he came upon a book about energy that showed how windmills work, he realized that he could build his own windmill to bring electricity to his family.
The story of how William built his windmill out of scrap metal and old pipes, and what happened afterwards, is really interesting. There's also a lot of good stuff about life in Malawi. I'm glad I read the book. 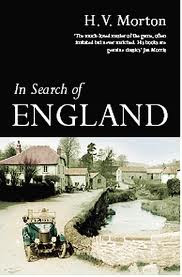 In Search of England, by H. V. Morton
A few months ago, I read In Search of London and loved it. This book was written a good 25 years earlier, in the mid-1920's. It's not quite as good as the London one--perhaps because he was so much younger, maybe just because it's not as long and I wanted more. It's very enjoyable, though.
At points it becomes clear how very much has changed since the 20's. Early in the book, Morton talks about how important it is to preserve England's ancient heritage, in particular asserting that Hadrian's Wall should immediately be "preserved from further decay by a top-dressing of concrete." Eek!