O wants to know how we're all doing with the Russian literature.  I've been reading a lot of Russian this year, though I needed a break after August 1914.  So far I have read 8 titles.  I signed up for 4-6, but I'd quite like to get to ten. 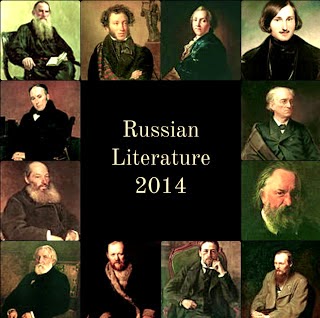 So far I've read:
Last night I got back on the Russian horse and started reading Chekhov's play Uncle Vanya.  I figure I'll read at least one play, maybe all of the three I have planned (but that might be too many plays at once), and then tackle the big one: War and Peace.
Posted by Jean at 8:22 AM

I just had Maidenhair recommended to me and it was interesting to read your review of it. It's not easily available to me though, so it's going to have to wait.

It's been years since I've read any Chekhov, so perhaps I should try some of his.

Congratulations for doing so well on your challenge!