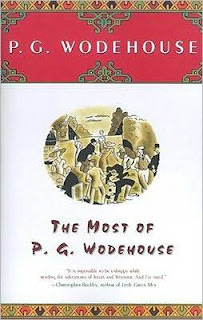 The Most of P. G. Wodehouse

Yeah, it's been a Wodehouse kind of week. This is a giant collection of short stories and one novel. There's a bit of everything: stories of the Drones club, Mr. Mulliner, Jeeves, Ukridge, and a couple of other recurring characters. The novel is Quick Service, an English-country-house story. It was just what I needed during a busy week!

I've been spending nearly all my time working on displays for Banned Books Week at work. I've done that instead of actually reading any real books. Happily my displays are now finished and I get to read a book again!
Posted by Jean at 1:00 PM No comments: 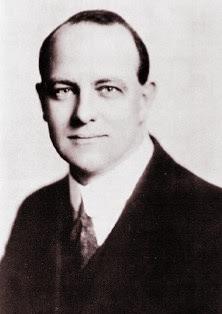 P. G. Wodehouse corresponded with his writer friend Bill for many years, and Bill collected them into a book, had Wodehouse add some extra notes, and published it as an amusing book of letters filled with writing advice. My favorite line of advice is "I think most novels would be better if shorter."

It's quite interesting to see how Wodehouse moved around. I had not realized how much time he spent in New York and Hollywood; he did quite a lot of work for Broadway shows and movies and so on, as well as producing reams of short stories and novels. He couldn't write stories in anything but an English setting (for the most part), but he spent hardly any time in Britain once he really got going as a writer.

Just about any solid Wodehouse fan would get a lot of fun out of this book, but I can only find it in the original 1961 edition, so you'd probably have to get it through ILL. It's a shame it hasn't ever been reprinted, I think--though Author! Author! is a pretty rotten title for remembering purposes. I'd change it.


A funny thing--near the end of the book, I found a postcard that had been used as a bookmark. It was an overdue notice from a local public library--dated 1972. From the looks of things, I was the first person in nearly 40 years to read that book.
Posted by Jean at 1:03 PM 1 comment: 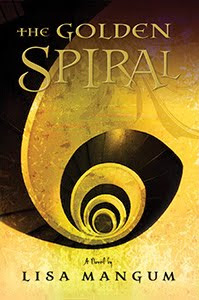 The Golden Spiral and The Forgotten Locket, by Lisa Mangum

The second book in the Hourglass Door trilogy delivered pretty well. Abby is a decent heroine with plenty of courage and problem-solving creativity, though her specialness is still unexplained. The writing is good, if sometimes overly descriptive (not a terrible thing for a YA novel, actually). I got right to work on the third book, so I suppose that says something. The Golden Spiral won 2010 Book of the Year for Young Adult Fiction in the independent publishing category; evidently the ALA liked it. 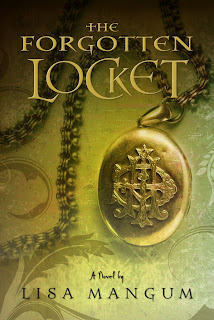 The Forgotten Locket is the final book, and it too was pretty good. Things get so badly messed up that you really wonder how they're going to get straightened out again. Abby and Dante are shown as equal partners of a team, which is nice when you compare it to many typical YA romances.

I would give these books to my daughter to read now, if she was at all interested in romantic stories yet. If you have a pre-teen daughter that wants to read YA romance, this is one you can give her.
Posted by Jean at 1:00 PM No comments: 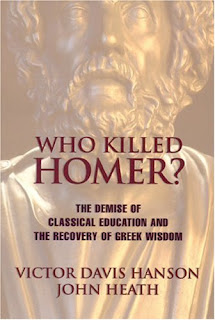 Who Killed Homer? by Victor Davis Hansen and John Heath

I wish I owned this book; it would go on my list of books that I like to re-read every few years (Women's Work: the First 20,000 Years, The Discarded Image, and Going Solo are some of the others). Hansen and Heath lament the decline of Classics as a field of study, asserting that the whole field has become too elitist and self-focused, and everyone really ought to be working on giving the world reasons to read Homer & co. and ponder the lessons of the Greeks. Most of the interesting parts of the book focus on why we should all read Homer; the bits about how to reform Classics departments are skimmable if you're not really interested.

They never fail to convince me that I should read more Sophocles, and now I'm kind of thinking of doing a Greek Classics challenge in the new year. Yay, another project no one will be interested in! That's the sort of thing I always come up with. But if you're interested, comment and at least I'll know I'm not totally alone.
Posted by Jean at 1:00 PM 3 comments: 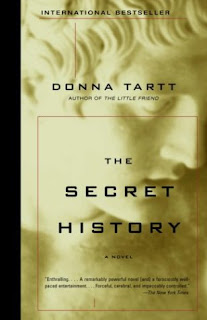 The Secret History, by Donna Tartt

This novel sounded interesting--the story of a group of undergraduate classical scholars at an elite Eastern college, and how they came to kill one of their companions--but I was disappointed. It's an OK book, but not really my taste.
Posted by Jean at 1:00 PM No comments:

Take a Chance Bonus: On Her Majesty's Secret Service 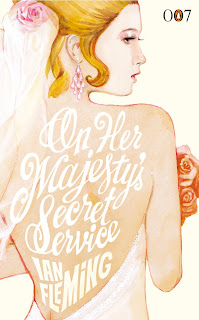 On Her Majesty's Secret Service, by Ian Fleming

10: Pick A Method: Pick a method for finding a book from the choices listed below (used in previous versions of the challenge).


I wanted to do this option just for fun, and ended up with the NYT best seller list for November 3, 1963. There were several neat books on the list (plus a Peanuts collection), but my library didn't have most of them. Then there was this James Bond novel. I'm not a big fan of Bond movies, and I've never read any of the books, so I thought maybe I should, in the interests of broadening my horizons.

I found that Ian Fleming did not write for mommy-type people like me. The story's main features are cars, girls, alcohol, cars, and violence. Which is not exactly surprising, but it was often pretty funny. This was definitely my favorite bit:

...ordered from room service a bottle of the Taittenger Blanc de Blancs that he had made his traditional drink at Royale. When the bottle, in its frosted silver bucket, came, he drank a quarter of it rather fast and then went into the bathroom and had an ice-cold shower and washed his hair with Pinaud Elixir, that prince among shampoos, to get the dust of the roads out of it.

Not only that, this prince of shampoos actually exists, and it has quinine in it (!), and you can see it at Bond Lifestyle. The Internet is an amazing place.

Also I was quite surprised that James Bond gets married in this book! I was much less surprised when the bride got killed about half an hour after the ceremony.
Posted by Jean at 9:47 PM No comments:

Labels: read around the world, Take a Chance 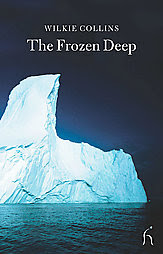 The Frozen Deep, by Wilkie Collins

Wilkie Collins and Charles Dickens originally produced The Frozen Deep together as a play, with each of them in the starring male roles. (Dickens was inspired by his role to create one of his most famous characters, but I'm not telling you who!) Collins then re-wrote his play as a novella.

It's the story of a young orphaned lady who firmly believes she has the Second Sight, to the exasperation of her friends. She is worried about the imminent arrival of Richard, who left on a voyage with the mistaken assumption that they would marry upon his return. Meanwhile, she has fallen in love with Frank, who is about to go out on an Arctic expedition. When Richard appears on the scene and she reminds him that 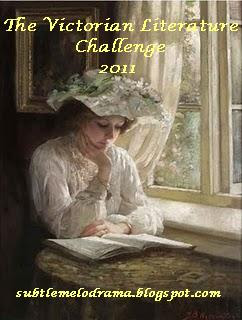 he never asked about her feelings or gave her a chance to say anything, he swears revenge on her unknown love--and embarks on the same Arctic expedition. Will he realize who Frank is, and if he does, will he exact the murderous revenge he has promised?

This was a fun little read. It gives you a nice taste of Collins' style in a little package, so it would be great for someone just getting into Victorian literature, who might be intimidated by full-length novels.
Posted by Jean at 8:47 PM 2 comments:

Labels: read around the world, Victorian 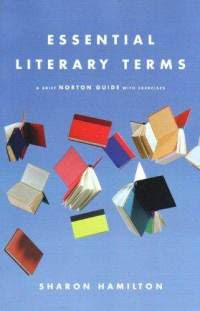 Hamilton has written a truly useful book that I wish I'd had when I went off to college. This is a "Norton Guide" and includes exercises, so a high-school student (or anyone else) could work through it as a mini-course in literary terminology. The book is divided into sections such as "Narrative Forms," "Figurative Language," and so on, and contains short explanatory pieces on all the terms you could want to know about--along with literary excerpts to illustrate concepts. It's very readable, not too long or bloated with unnecessary verbiage, and quite clear and helpful.

Anyone heading off to college and preparing to take any literature courses should take this along. It would be great for an older high-school student to use as a reference. And if you're out of school but want to know something about literary analysis, this is a good resource. 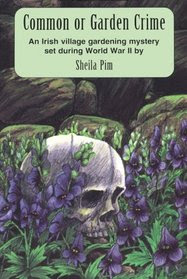 In neutral Ireland, World War II wasn't called "the war," it was called "The Emergency." And Sheila Pim's mystery-addicted father was having a hard time getting any new mysteries to read. So she wrote one for him, based around their common interests of gardening and murder mysteries. She went on to publish several more.

I enjoyed this Irish take on a murder mystery, it was kind of fun. It was fair-to-middling as quality goes.