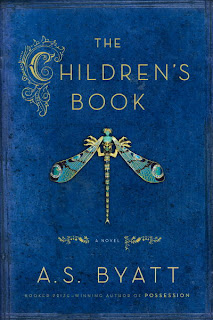 The Children's Book, by A. S. Byatt

I'm never quite sure if I really like A. S. Byatt or not. She's a good writer--one of the few modern novelists that I will read at all--and I do enjoy her writing most of the time, but she's also kind of pretentious. But I really wanted to read The Children's Book, which sort-of centers on a large English family whose mother is a writer of children's books. Her character is modelled on E. Nesbit, one of my favorite Edwardian children's authors.

It's almost an ensemble novel; there is an enormous cast of characters. Most of them are Fabians (early British socialists). They are artistic, they read William Morris and Ruskin and like to talk about free love and Nature and paganism. As the novel starts, they are so naive and hopelessly clueless, it's sort of painful. You want to pat them on the head. It's as if they think wearing art linen and dancing in the woods will fix the world.

There are darker undercurrents in these artistic households, though, and the consequences of the elder generation's actions are visited upon their children, several of whom are traumatized and damaged--none of them really come out unhurt. Some of the damage is only hinted at, but plenty is uncovered too, some of which leads to tragedy. This isn't really a novel to read if you want to avoid disturbing events; it's quite dark all the way through. The whole novel looks at moral culpability--the consequences of thoughtless actions, or actions undertaken because of a philosophy (or rationalized to fit), and how people face up to their responsibility or deny it.

The action covers the very late Victorian period up to World War I, and it's a long book. (It was both longer and more interesting than The Swan Thieves!) It's frequently a bit bloated, and I think it could have usefully been shortened by a couple of hundred pages. Byatt is successful enough that editors probably leave her text alone more than they should--in my opinion the publishing world still needs good editors! But it's well worth reading if you like Byatt or are interested in Arts & Crafts, early socialism, and so on.
I've started another medieval history book--this one on the Crusades--and a textbook on classical writing. Both will probably take more than a week, so I'll have to find something frivolous for week 13.
Posted by Jean at 3:00 PM No comments: 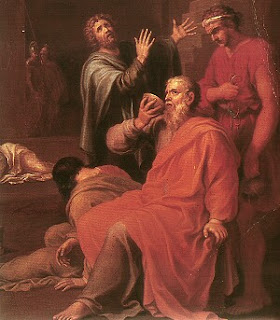 The Last Days of Socrates, by Plato
I must have read this in college, since I own a copy and there is a photocopy stuck inside, but I can no longer remember anything about it. Katie will be doing ancient history again next year, and I'm trying to prepare a bit by reading some of the texts she will need to know about. Our guru-book suggests that we try reading part of a dialogue aloud together--I'm not going to have her read the whole book!
Anyway, it's not a terribly difficult text and I got through it pretty quickly. I enjoyed the first dialogue, the Euthyphro, and Socrates' self-defense speech the most. His debating style, or philosophical style--whatever you want to call it--is so generalized and abstract, I'm always wanting to argue back. Of course there is quite a lot about Forms.
I suppose I should plan on reading more Plato, but on the other hand I just got a book about ancient rhetoric styles, and am thinking of reading Aristotle's writings on rhetoric to compare. And that prospect makes me a bit tired!
Posted by Jean at 10:30 PM No comments:

Week 12: To School Through the Fields

To School Through the Fields, by Alice Taylor

It's hard to tell exactly when this memoir of childhood in the Irish countryside is set, but I think sometime in the 50's. The technology could be anytime from 1900 on, really. Taylor tells anecdotes from her childhood, loosely arranged around the calendar year. It's an enjoyable book and a fast read, with some good stories and some tragic ones too.


Most of my reading energy right now is going into A. S. Byatt's new novel, The Children's Book. It's another really long novel, but much more interesting than The Swan Thieves. Still on the bloated side, I think, but at least she's good at it.
Posted by Jean at 7:52 PM No comments: 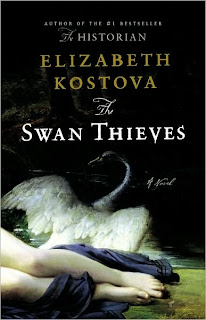 The Swan Thieves, by Elizabeth Kostova

Our book club chose The Swan Thieves for March, and I thought it looked interesting. The story was fairly interesting--it was just very, very slow. If it had been about 2/3 the size (or less), I would have enjoyed it much more. I was reading The Woman in White at the same time and it was a faster read.
The Swan Thieves concerns Marlowe, a psychiatrist/amateur painter who gets a new patient--a well-known artist suffering from a mental illness, who has attacked a painting in a museum. The artist is obsessed with a mystery woman and refuses to speak, and Marlowe goes on a little quest to try to figure him out. The ex-wife tells her story, the girlfriend tells her story, there's a parallel story with a French woman in 1879, absolutely every character paints, there is a whole lot about painting, and the last 100 pages get interesting and finally a minor mystery is solved.
Much too slow for me, and if it hadn't been a book club selection, I would not have finished it. I'm quite curious to see how many in our club do manage to finish it! We were going to share copies, but that assumed that it would take less than 3 weeks to read it. 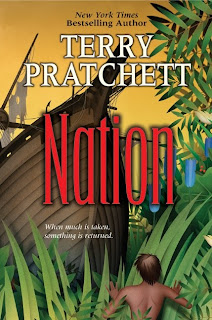 I also read Nation, by Terry Pratchett, and enjoyed that quite a bit. Pratchett is just so good at what he does.

chooler bonus: I read Using John Saxon's Math Books, by Art Reed. It has some quite useful information, and I'm glad I read it, though I'm not sure it's worth the $20 price. The advice boils down to "use the book, the whole book, and nothing but the book." (That is, don't skip lessons, have the child do all the problems, and don't pay for outside tutoring software if you aren't doing all the problems.) It's very repetitive, because he expects you to read the first half and then just the chapter referring to the math book you're actually using, and of course I just sat down and read the whole thing. It's worth reading if you use Saxon math, but you might want to share. Does anyone want to borrow my copy?
Posted by Jean at 6:45 PM No comments:

Week 10: Paul Among the People 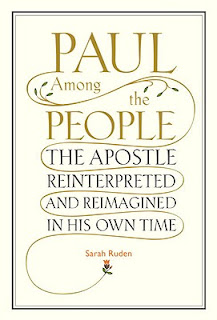 Week 10: Paul Among the People: the Apostle Reinterpreted and Reimagined in His Own Time, by Sarah Ruden
Sarah Ruden is a classical scholar who usually does things like translating the Aeneid. But she got interested in St. Paul's modern reputation as a 'grumpy-pants' oppressor who took all the love out of Christianity. Ruden realized that most peoples' ignorance about Greco-Roman culture makes it difficult for us to understand what Paul was trying to say to his Greek and Roman converts. So in this short, readable volume, she takes on the most prominent misunderstandings of Paul and describes the culture he was fighting.
Be warned--that culture was pretty horrible in many ways, and Ruden is describing some very unpleasant things. She calls the Romans "kindergarteners with knives" for good reason. But she has a witty, enjoyable style and it's a great book that kept me riveted. I'm glad my mom and I bought it; I'll definitely be going back to it again. 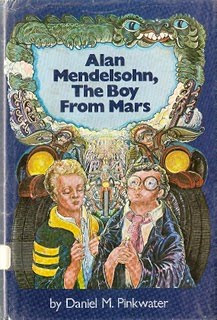 I do so love Pinkwater, and my older daughter just read Alan Mendelsohn for the first time! So I read it again. It's always been one of my favorites, just below the Snarkout Boys books. I wish I could have chili and corn muffins for dinner!
Posted by Jean at 3:07 PM 4 comments: