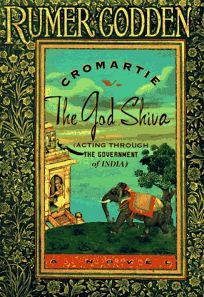 Cromartie v. the God Shiva Acting Through the Government of India, by Rumer Godden

You might call this a quirky little novel.  It's rather nice and I liked it, but it's pretty odd.  It's inspired by an actual event that occurred in 1988, but the details of the novel are not like the event; just the headline was the inspiration.

An exquisite 11th-century nataraja has gone missing; it was replaced by a modern copy.  The real thing surfaced in Canada, where the antique dealer Mr. Cromartie insists he bought it fair and square.  The government of India is unconvinced, and Cromartie brings a suit to prove his case.  Young Matthew Dean, QC, heads off to India to investigate and act on behalf of the Indian government.  He meets all these different very nice people who love the Shiva statue but do not want him poking around to find out what happened.

The ending was very unexpected for me, and the novel was pretty good.  This is the first Godden novel I've read for adults, so I'd quite like to read more.  And my mom gave it to me--thanks, Mom!

My daughter read some of Godden's books for children and thought they were "weird" so I've always been hesitant to try her writings. I'm glad that I read your post as it balances my feelings towards her. I just picked up The Battle of the Villa Fiorita from the library so I might just give it a try!

I guess it depends on what you mean by weird! :) The books I've read were stories about dolls. I always wanted a doll's house like the one Miss Happiness and Miss Flower had.

Yeah, her kids' books are the ones that are most reliable to me. But I love her ballet books also -- A Candle for St. Jude and Thursday's Children and Listen to the Nightingale. She's such a wonderfully evocative writer.