Week 7: People of the Book 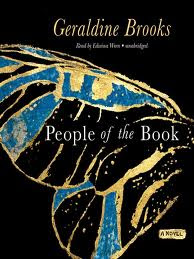 People of the Book, by Geraldine Brooks

I've read a couple of Geraldine Brooks' nonfiction books about women's lives in the Middle East, and I was curious to see what she would do in a novel. This is an art history/literature mystery novel, which I always enjoy if it isn't all Da Vinci Code-y. It's definitely a cut (or two) above Dan Brown, and I really liked it.

The plot centers around a real illuminated book: the Sarajevo Haggadah, one of the earliest known Jewish medieval books, which was made in Spain before Ferdinand and Isabella threw all the Jews out in 1492. It eventually ended up in Sarajevo, where it has twice been saved from destruction by Muslim librarians, so it is a national symbol of tolerance as well as one of the most valued books in the Bosnian collection.

Brooks takes all the known history of the Haggadah and makes up a story for it, alternating between the protagonist, Hanna--an Australian book conservator--and chapters that move progressively further back in the book's history. Although Hanna is somewhat difficult to like, it's a pretty good story. 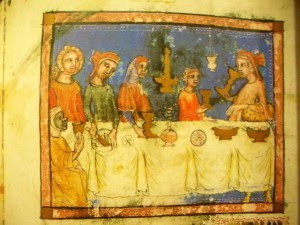 Labels: 52 books, read around the world

I'm so glad you reviewed this! I have had my eye on People of the Book for a while but just never came across anyone who'd ever read it.